Americans awakening to the Orwellian Rule of Joe Biden and his crew of thieves have noticed that the perpetual lying is designed to inculcate pliancy through fear. When the COVID-19 hysteria began to wane, Big Brother Biden switched gears to the Ukraine crisis. Intriguingly, both crises have been caused by the government Biden heads — COVID-19 was crafted in Wuhan, and the Obama administration set the scene for making Ukraine America's pawn in the current conflict. Conning Americans with one fear-lie to eclipse the previous, the biggest lie is yet to come. It is called Build Back Better, and it will unleash a greater terror than any virus or war: nationwide famine.
This dire warning is constructed not on fantasy, but on fact. As many watchful Americans have noticed during COVID-19, the nation's grocery stores are not guaranteed to be chock-full forever. The threats to Americans' industrial food supplies are numerous and growing, compounded exponentially by escalating inflation. And whether Biden blames food scarcity on COVID-19, Putin, or Donald Trump, the grumbling bellies of children will be indifferent.

Wise agricultural voices unheeded by the zealotry of AOC have warned for decades that industrial agriculture is unsustainable, but most Americans conflate that term with the push for organics, or GMO-free labeling. The two are related, but the threats to food safety and security are far greater than those issues suggest: America is rapidly moving toward the collapse of its entire food production system, now aggravated by uncontrolled inflation. And since the conflict in Ukraine has very little to do with the underlying causes of U.S. inflation, if it ended tomorrow, American grocery bills would still rise steadily.
Decades of increasing centralization of food production have created an unprecedented threat to Americans and humanity: an utter dependence on fossil fuels for cheap food. This refers not just to diesel fuel for tractors to plow and harvest, but fertilizers manufactured from natural gas and limited natural resources. Forget about the petrodollar; it is time to comprehend the wheatdollar — as input costs rise, food prices will skyrocket, most especially in factory grain–dependent confined animal feed operations (CAFOs).

This is not an argument to ban all industrial food production — millions would die. But it is folly to become wholly dependent on a system that yields short-term produce but long-term economic collapse. More, the problem is not just monetary — America is desertifying its prime farmlands, to the great peril of future generations: once lost, fertile soils are not easily reclaimed. The consequences of dosing farmland with chemicals for decades have been deteriorating soils, escalating erosion, and a loss of fertility and water retention. Concurrently, our nation's underground aquifers are steadily diminishing as water is pumped onto the ever-drier ground with ever-thinner soils.

Back to the fear factor. Americans dizzy with fear-spinning from 911 and the "War on Terror" to date are so conditioned to fake "red lights" and "orange lights" to gaslight them into terror that they are blind to the very real threat of food system collapse. For years now, the rabid left has ideologically pummeled Americans with false fears — a nonexistent "systemic racism," active shooter drills, and warped reporting on gun violence, hand-wringing, and child-torturing over the End Times Climate Catastrophe.

But the real threat is corporate-dominated food production, enabled by bipartisan legislators for decades. Americans will soon see this growing threat is much more real than yellowcake uranium from Niger. And the AOC-Biden crew have already revealed their plan to "rescue" Americans by building corporate domination back better — totalitarianism is not complete without controlling food supplies.

Food security will be the future battleground in America. Under Biden, presumably poor black people and QBGLTs will be fed first (not Gates, Pelosi, et al.). Gun-owners will surrender their weapons with a food buy-back plan: most gun-owners in the U.S. have never gone one day without food and will surrender security and the Second Amendment for sustenance (unless they are self-reliant for food, something Big Brother does not endorse!).

This is what genuine fear looks like — not crocodile tears for long dead black slaves, screaming appeals exploiting children, or dramatic calls to end the conflict America seeded in Ukraine. Those who call to send our young into foreign battle will themselves soon be battling to fill their bellies. Millions of Americans are waking in awareness to the unprecedented threat of famine in the world's leading economic nation. This folly was avoidable: our vulnerability is by design. As Kissinger said, "control the oil, control the nations. Control the food, control the people."

Creepy Joe points to everybody else as the causes of the problems he seeds, whether war, inflation, or Hunter's laptop. But the unfolding food insecurity and shrunken incomes of the 21st century will not easily be laid at the feet of The Donald — that Trump card has worn very thin.
Reactions: GunsOfFrankEaton
C

Decertify- start locking them up. Or lose the country and the world.

Famine is a horrible way to go out
Reactions: GunsOfFrankEaton

I understand the premise of the article. Threaten the food supply and you directly threaten safety. Democrats have gone all in on fear as they have realized that fear is the great motivator for change.

But I am not worried about democrats. I'm worried what the Republicans will do about it. History tells me they will bluster and they will be dramatic, but at the end of the day they will just join them.

I'm not directly afraid of hunger myself. I'm afraid of what hunger will do to others.
Reactions: GunsOfFrankEaton, trapped_in_tx, AC2020 and 1 other person

When was American Thinker infiltrated? Nuggets of truth filled in with nonsense.

On a positive note here is a solution: 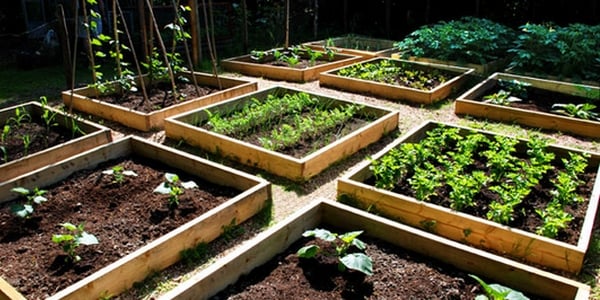 Food shortages are coming: Time to plant a Victory Garden

Patrice Lewis notes, 'Threat of an engineered global famine is not something to dismiss'

Biden - The dems gift to the GOP that keeps on giving.

Instant Replay is getting out of control